Social media fails come in all shapes and sizes. From tiny little embarrassments (that you can actually “ride” on to create conversation), to brand-killing disasters that can, potentially, damage your reputation and business beyond repair.

There are still businesses out there that fear social media, hoping that if they ignore it, it’ll go away and not affect their business. It won’t, and it’s becoming clearer every day. Your customers are on social media, your employees are there, and in 2017 you simply can’t afford not to be.

Even the smallest one-man businesses today employ a social media strategy, detailing not only the nature of marketing content published, but also ways to avoid and deal with crisis.

To avoid a crisis, you should first understand the types of disasters and what leads to them. I like to group them roughly into three categories: Someone goofed up, angry client gone viral, and disgruntled employee throwing shade. We’ll go over all three and then explain what an employee app is and how it can help.

People make mistakes, and social media employees are people. Everyone messes up sometimes, be it due to negligence, lack of knowledge or misguided ideas about what is funny or engaging. These are probably the most common of social media crises.

In 2014, American Apparel found themselves in a bit of a cyber-kerfuffle when their Tumblr account manager accidentally reblogged an image of the space shuttle Challenger exploding. The young social media employees simply mistook the photo for an image of fireworks clouds and smoke, appropriate for posting on July 4th.

American Apparel were quick to remove the post and apologize for the mishap. Their claim was that the young Tumblr account manager was simply born after the Challenger disaster, so did not recognize the image. 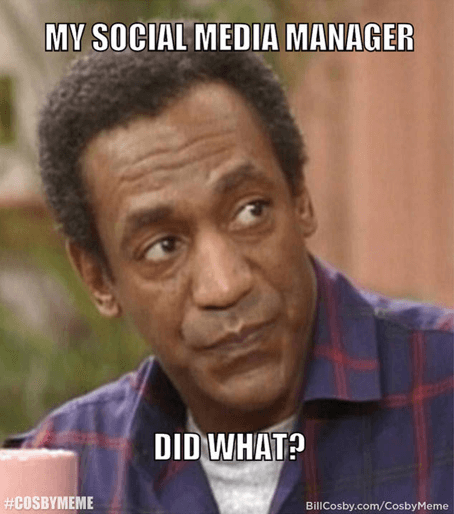 When I hear the name “United Airlines”, I instantly think of broken guitars. At least I did until a few weeks ago when United outdid themselves. If you somehow missed this mother of social media disasters then on April 10th, David Dao, a passenger on a UA flight refused to disembark the airplane after it was overbooked. One thing led to another and he was forcefully removed from the plane by police.

Since it’s 2017, videos of the occurence quickly appeared on social media and United got hammered, which caused their stock price to drop by 4%, the equivalent of $1 billion. A later investigation found that the passenger had been violent towards police officers but that was too late.

To better understand what went wrong we need to go back to where it started for United. Back in 2009, United Airlines were the target of a viral video made by a musician whose guitar was damaged by United Airlines. Within less than a week, millions have viewed the video, while United Airlines avoided responding online, and chose to contact the disappointed passenger offline in order to resolve the issue.

The customer got a new guitar, and pretty much based his career on the popularity the “United Breaks Guitars” video gained him. He is even publishing a book about it. United Airlines lost close in $180 million dollars in value, following the negative publicity caused by the video.

It would be a disservice to United to claim that they haven’t learned anything in 8 years. What is more likely is that a large company like United has not yet found a way to communicate quickly and effectively with all the relevant stakeholders in the company.

Much like customers, employees take to social media to badmouth their employer, or bring attention to bad business practices. A good example is HMV, where employees briefly took over the corporate Twitter account in 2013 to “live tweet from HR” as they were being fired. Obviously, the best way to prevent that is to try and keep all your employees (and ex-employees!) happy. Except (sadly) that’s not possible. You simply can’t keep everyone happy. What you CAN do, is improve your internal communications to get feedback from unhappy employees before they misuse the company social media channels, or simply badmouth you on their own social media account.

“I’ll just forbid them from discussing their workplace on social media!” you might be thinking. You’re not the first one. However, a social media policy that infringes on their 1st amendment rights, can be ruled as illegal, attracting even more bad publicity to the brand. This was the case with Chipotle, who chose to sack an employee who complained online about the company’s policies toward employees.

You can’t make everyone happy, and you can’t prevent all social media employee errors, or stop a zombie apocalypse. These will happen, and the outcome very much depends on how prepared you are, and how quickly you respond. Okay, maybe not the zombie outbreak, but you never know, right?

A social media disaster action plan should be an integral part of your social media strategy. It’s not unlike a workplace sexual harassment policy. You rather prevent it from happening, but still have guidelines in place to deal with sexual harassment complaints when they’re made. As you well know, having guidelines is meaningless if your employees are not aware of them, and do not know how to execute them. So training is crucial.

How a mobile app can help

To maximize battle preparedness, you can use a mobile app to detail the workflows, their participants and expected timeframes. These are known as employee apps. Instead of collecting dust in a network drive folder, an employee app places your social media disaster action plan at the fingertips of all employees involved in your social media activity at all times and from anywhere.

With a mobile employee app, you can also quiz and test your employees readiness for a crisis. Drilling for disaster can provide you with the extra peace of mind, knowing your workers can handle these issues. 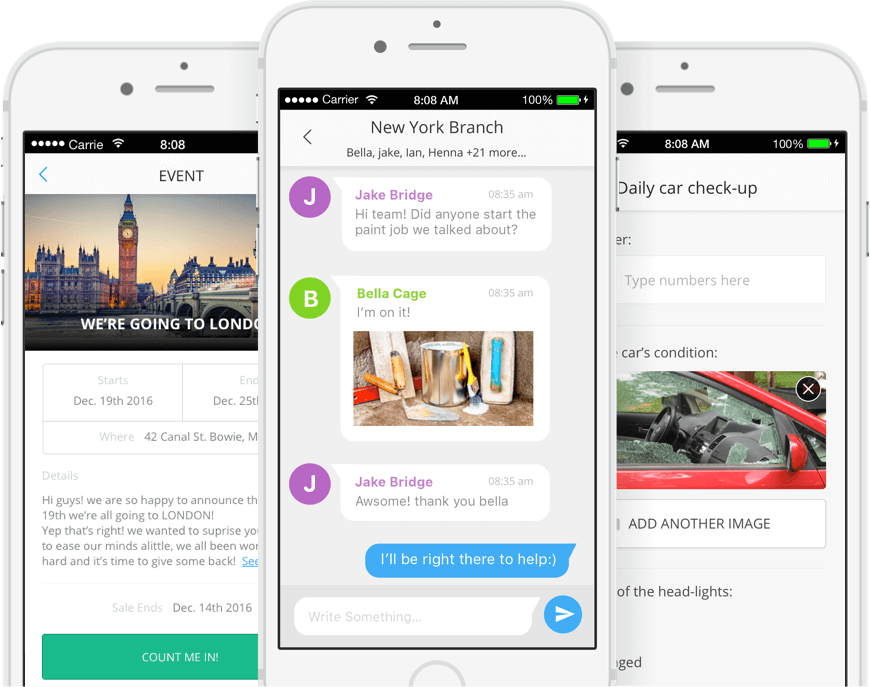 For example, if United Airlines has clearly defined workflows for dealing with customer complaints online, their response to the broken guitar owner would have been more effective in protecting the brand reputation.

American Apparel, on the other hand, could use the mobile app to coordinate social media posts in real time. Delaying the post by half an hour to get an okay from the rest of the team is a lot better than spending a few days dealing with the fallout of such a mishap.

When it comes to disgruntled employees, the availability of accessible and open communication tools and channel can often save you plenty of embarrassment. In most cases, an employee will show their discontent internally before taking to Twitter or Facebook to whine about the boss.

All hands to battle stations

If your employees are as engaged with your organization as you want them to be, they can be the first ones to alert you of a social media disaster in the making. Perhaps you even invest in a social media monitoring solution as part of your social media strategy, so you can monitor mentions of your brand and business.

But being made aware ASAP is not enough.

On social media channels, everything happens RIGHT NOW. Regardless of the type of crisis, in most cases, one of the most important factors is response speed. Reacting quickly can make the difference between a small embarrassment and a full-blown Internet tsunami. However, doing so hastily and without thought can do more damage than good.

If you don’t have a social media crisis plan ready – panic and freak out. But if you do, now is the time to execute it. By using a mobile employee app, you can make the execution of your emergency plan quickly and effectively. With collaboration options, tasks and ready-made workflows, you can make sure all your employees are on the same page, no matter where they are physically.

I think we’re pretty safe in assuming that you know what a social media disaster is and can probably provide examples.

So start by creating a course on how to deal with social media disaster and upload it to your employee app:

Then designate owners and stakeholders to each part of the process. That way someone is accountable when things go wrong and is also in charge of making sure they don’t. For each owner create specific workflows that are activated in certain situations.

Once you have all the above ready to go in the employee app, all you’ll need to do now is start drilling your troops and then wait for the command to execute upon social media disaster. As the Head of Content at Connecteam, Rea is responsible for helping clients build smart, effective employee management strategies and brings years of experience and knowledge to help improve employee engagement. Why You’re not Connecting with Your Deskless and Dispersed Employees 9 Amazing Small Business Tools For Less Than $100 a Month The Ultimate Guide To Employee Onboarding Processes In 2022